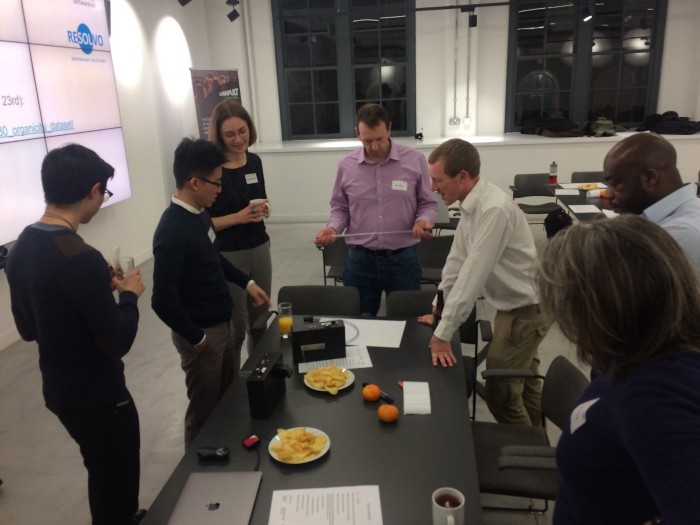 Thursday signalled the end of AirPublic’s involvement in the OrganiCity project after four months of experimentation and co-creation. Together, with nine other London based experimenters, we have put OrganiCity’s nascent urban tech tools to the test and provided a rich and in-depth feedback to the OrganiCity tech team on where and how the OC platform can improve to better suit systems such as the AirPublic sensor network.
The OrganiCity project is an interesting and timely intervention, in an urban-tech ecosystem largely dominated by the IoT superpowers of Cisco, Amazon, IBM etc. OrganiCity is concerned with the future development of the urban technology ecosystem and the media (or mediums) through which we interact with the city in the coming decades. As Belen Palacio, project lead for OrganiCity in London, mentioned at Thursday’s event, previous visions of these ideas came in the form of ‘corporate dashboards’ — corporate conglomerates imagined a future of vast banks of control computers, knobs and dials and a central command and control system for the future city, akin to Chile’s 1970 Project Cybersyn.

As these ideas, and technology, have proceeded apace, the reality of these future cities is increasingly clear and resemble less a hierarchical command and control structure, and more a broad and complex array of If This Then That (IFTTT) algorithms. If the level of air pollution is high on street x, then alter traffic flow to prevent buildup and recommend cyclists and pedestrians an alternative cleaner route. If tube line y is offline, then prioritise automatic redistribution of public hire bikes to compensate travel options, etc.
The key here is, as Belen advocated during her talk, the value of developing these processes together, with the citizen and the urban dweller as central to the design process of these new systems. We all know what bad design looks like and what it’s capable of. OrganiCity is about experimenting at scale with new city tools and processes and designing with the citizen in mind, first and foremost. To view Belen’s presentation slides, see here.
Following on from Belen, Hannah Gardiner & John Cant from the AirPublic team debriefed on our 4 month long experimentation period and our experience using the OrganiCity platform. Hannah spoke at length on how AirPublic has shifted it’s focus from public hire bikes to electric delivery vehicles, and how during the experiment period we developed and iterated upon three new air quality sensor system prototypes purpose built to integrate with electric delivery vehicles and how we produced and deployed ten of these sensors to Gnewt Cargo’s London fleet. The images below are a product of these experiments across the London area:

John gave an in-depth breakdown of feedback on AirPublic’s use of the OrganiCity platform and its constituent parts, including Sensinact (SN), the Urban Data Observatory (UDO) and Tinkerspace. The AirPublic slides from Thursday, here, provide some more information. We’ll be writing up a public blog reporting back on our experiment in full in the next week or so.
Our final speaker, Fabrizio Dini, from traffic monitoring startup TrafficFlow, gave an overview of the trajectory of TrafficFlow’s work and their progress as part of the OrganiCity project. In London, they placed three traffic monitors, in Hoxton Square, on Bethnal Green Road and another at the Open Data Institute — in addition to another 10 in Florence, Italy. Fabrizio gave an in-depth overview and analysis of the data they have collected over the last four months, including an impressive breakdown of traffic data on London roads into their constituent parts — pedestrians, buses, cars, bicycles etc- all produced from a simple monitoring kit the size of a Raspberry Pi.

For the last part of our evening, we broke out into groups and provided an opportunity for participants to feed back on what they’d seen and heard regarding the experimenter projects and, more widely, the OrganiCity project as whole.
Thanks again from the whole AirPublic team to those who attended. If you’d like to view the slides from Belen you can find them here, and the slides from TrafficFlow & AirPublic, here. We’ll be releasing a public report blog on our progress as part of the OrganiCity project over the next week. You can find out more about the OrganiCity project here, including registering your project for the next Open Call. 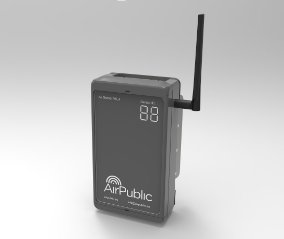